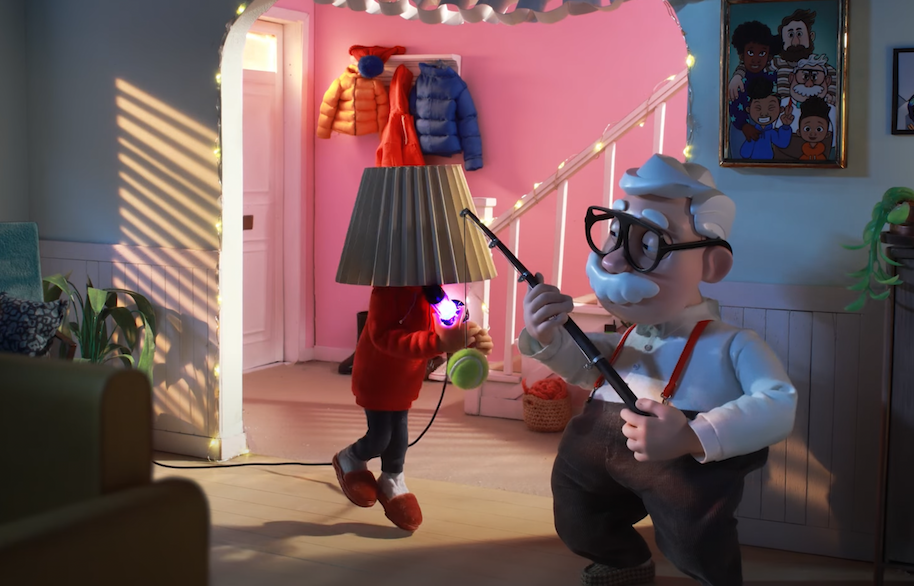 HyperX 2022 Christmas Holiday Music – We were delighted to have created the music for this wonderful, meticulously crafted stop-motion film by A+C Studios.

The story began in 2007 when A+C founder Dan Richards started the company in his dad’s garage with little more than a box of Plasticine, a camera and a big vision.
Fast forward to today, via a Whitstable shipping container, to our beautiful converted Victorian building. The custom-fitted space holds three animation production studios, a model-making workshop, a motion design studio, an edit suite and admin offices for our growing team of creatives.

A+C Studios go on to say “We’ve just completed our second Christmas project together with HyperX, “Game with those who matter”. Directed by Dan Richards, working alongside HyperX, A+C has brought to life a simple but wonderfully visual script starring our stop motion family Grandpa, Mum, big sister and her little brother. Little B is keen to share his sister’s cool HyperX gear, but she doesn’t want to share. A relatable tale of sibling boundaries and compromise.

Dan worked with our illustrator, James Dyer, to create the perfect aesthetic to evolve the characters from last year’s spot of Grandpa, Mum, and Big Sister and introduce our new character, Little Brother. The A+C model makers endeavoured to keep the spirit of James’ drawings for the final models and sets, which we’re delighted with.”

A+C Studios took their original storyboard and began the process of building out the timings and flow of the narrative for the film. Creating the animatic is always a critical step in the process and gives them and our client partners a reference point to ensure they remain on strategy and true to the creative vision.

A+C Studios love to make BTS films alongside the main event because it gives the audience a deeper understanding of everything that goes into creating the final animation. It shows the humans, processes and scale of work that create the magic we finally see, and audiences love to learn about the story behind it. Check out the timelapse in the link, as James, our lead animator on the spot furiously works away to shoot one small scene!

If you are interested in working with us and creating something similar to the HyperX 2022 Christmas Holiday Music soundtrack, get in touch! hello@withfeeling.com